The step of the dual battery project is reassembly.  The Benchmark design guys have this project nailed.  The fit and finish of their parts is outstanding.  Everything fits perfectly with no modifications whatsoever.

Reassembly
The first step is cutting the T piece of the firewall insulation.  This step needs to be completed so the new battery box fits securely to the firewall. 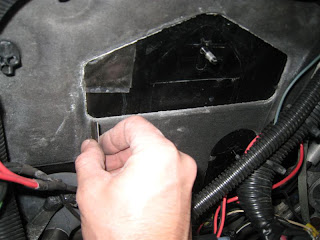 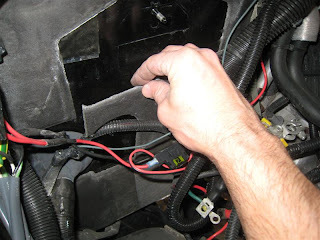 Next, mount the battery tray with the three washer nuts.  Do not fully tighten them yet.  The tray is perfectly sized and slides right in with minimal effort. 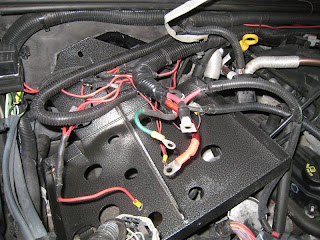 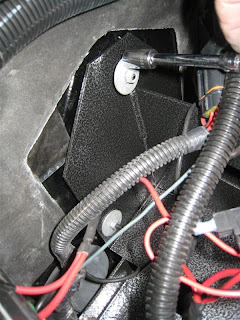 Then connect the fender well screw 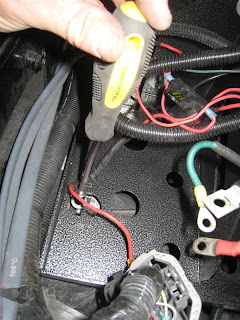 TIPM bracket install
Benchmark Designs engineered the TIPM module mount well.  It is a separate part that bolts onto the main tray with two screws.   This is a nice design because it keeps the try small and easy to manage when installing and it keeps the top of the shock absorber exposed (more on why that is important in a minute).

To start, mount the original TIPM bracket to the mount.  This is keyed so the bolt holes only line up in the right direction. 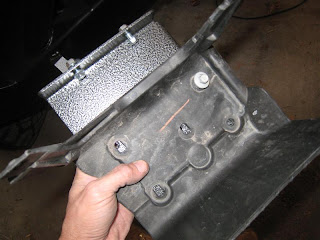 Next is a bit of an unusual step, but required.  The Benchmark tray is supporting two very heavy battery's.  The forward driver side corner is a weak point.  Benchmark cleverly took this into account by creating a straight bracket that is bolted through an existing hole in the passenger shock tower.  The other end connects to the tray making a very strong structure.

Getting to the hole in the shock tower to mount the bolt, however, is not easy.  It is behind the shock.  I have large OME shocks and there is no way to get behind them.  This actually became an easier task than I expected.  I found it was easier to install the bottom bracket by removing the top bolt of the shock before installing the TIPM mount.  Thanks to Benchmark's separate TIPM tray, this keeps the area clear with easy access. 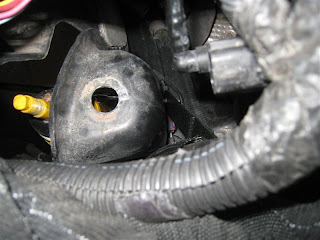 With the shock lose at the top, there's just enough room to bolt on the bracket. . 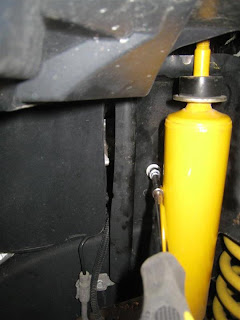 Next, you reinstall the shock, mount the TIPM tray and connect the top of the straight bracket to the tray. 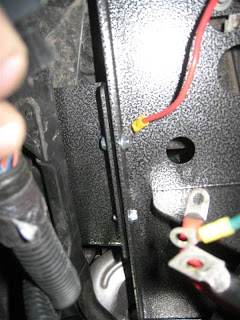 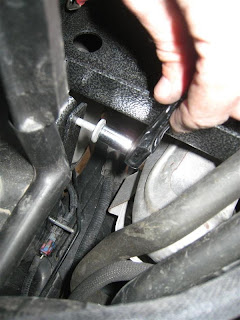 At this point the battery box is installed.  However, we still have to deal with the factory air filter mount that we removed.  The way Benchmark Designs handles this is by cutting the air filter mounting bracket from the large battery box assembly.  I was a bit skeptical of this, but it worked perfectly.  After cutting, just mount it back in the same location. 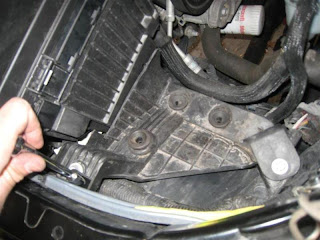 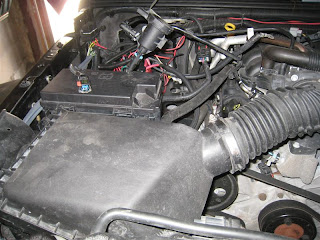 The final step is to make sure all nuts and bolts are tightened.  At this point, the battery box is mounted!  Next up is connecting the wires and installing the battery's.