Most modified Jeeps can quickly overtax a stock electrical system.  Winches, lights, audio systems, etc. put a bigger load on the system than what it was designed for. A power spike from a winch or turning on powerful lights can easily damage the sensitive electronics.  Notwithstanding the fact that everything has to be connected to the battery, which makes it a rats nest of wires.  I've added quite a bit to my Jeep at this point.  A clean up in the battery compartment was in order.  A dual battery system will take care of the power surges and clean up wiring, so I decided now is the time to tackle this project.

Unfortunately, Chrysler doesn't offer a dual battery option for Jeep.  It's up to the owners to figure out how to do it.  There are a few after market vendors that sell dual battery kits for the Wranglers.  I did a ton of research on which one to buy.  My research always pointed  back to Benchmark Designs.  They are a small mod company in Seattle, Washington that doesn't make a lot, but what they do make is excellent.  I decided to go with their Dual Battery tray and added a smart battery isolator.  The battery setup I ordered isn't listed on their website, but it is basically the KISS system with a a different battery isolator.  You can contact John Carruthers at Benchmark (425.417.7372) if you want to order the upgraded system.

Disassembly
NOTE: This is one of those projects that requires an solid understanding of electrical wiring.  Care must be taken throughout this project.  One shorted wire could blow the Jeep computer or damage who knows what.  You have been warned....


The first step is pulling the battery and getting the wiring out of the way: 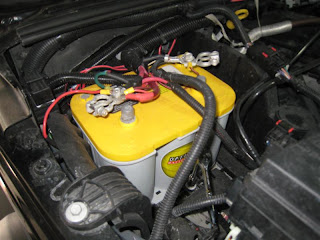 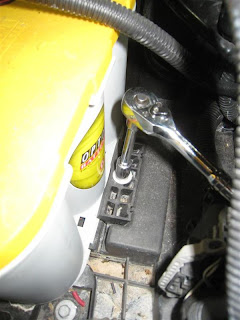 Remove the electrical connector from the Evap Purge Solenoid 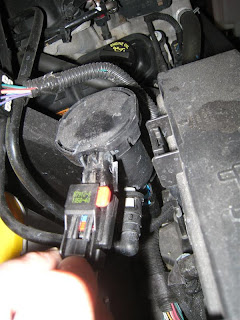 Remove the connector from the top of the battery box 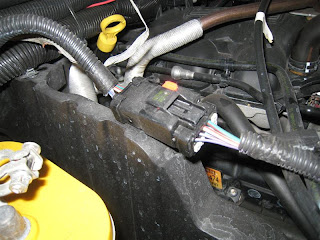 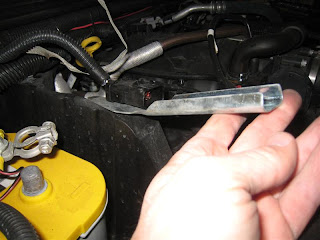 Remove the battery and push the cables toward the engine and out of the way. 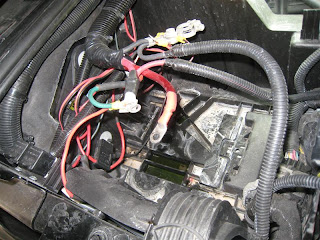 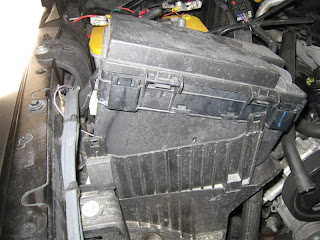 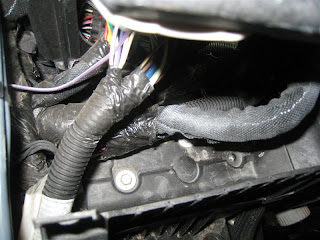 Then you need to remove the 4 10MM screws that hold the TIPM mounting bracket. 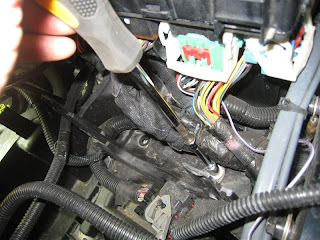 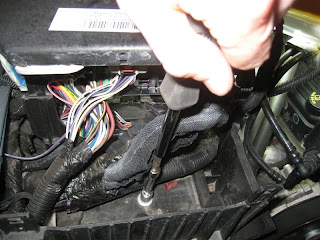 I don't have a good picture of this step, but you need to remove the factory air filter housing.  This is easier than it looks.  It is mounted with rubber feet.  It pulls straight up and out.  You just need to disconnect the intake tube coming from the engine.
Now it's time to remove the entire battery box assembly.  It connects to the firewall with 3 washer nuts and goes to the front of the engine compartment.  This is one big piece of plastic.  To make removal easier, remove the power steering fluid tank first.  It is removed with one bolt. 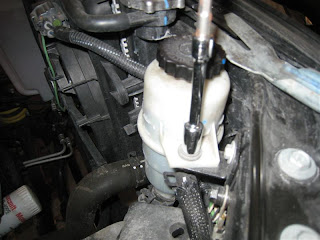 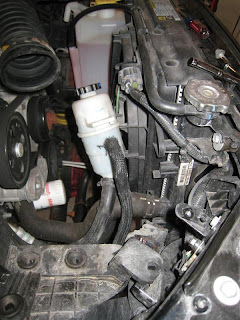 Remove the 3 washer nuts on the firewall, then disconnect the fender nuts, finally remove the bolts that were under the air filter. 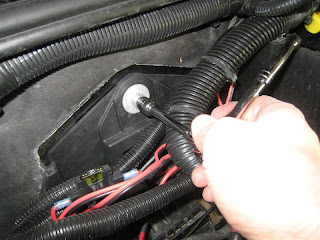 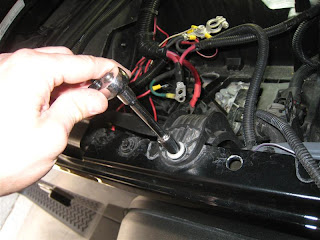 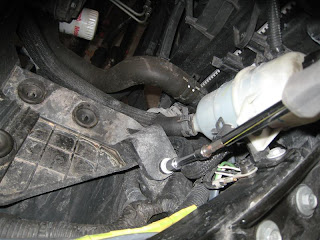 Finally, you just have to remove the box.  It is easy, but you have to be careful.  It is easy to scratch the paint or cut a wire. Start by lifting in the front then twisting a bit.  It will come right out. 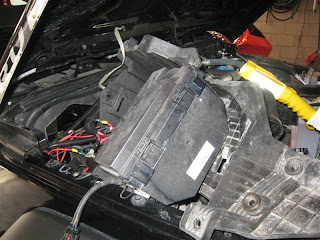 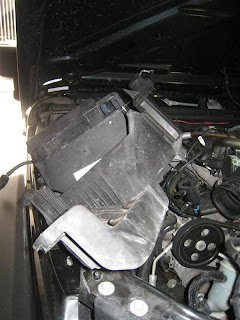 Here's what it looks like with the box removed.  Lots of space! 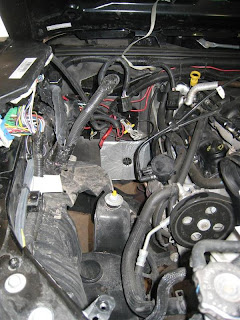 Here's what it looks like out of the Jeep 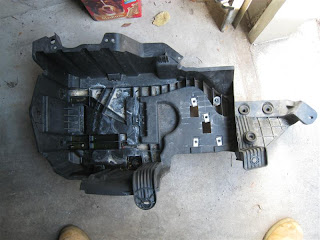