I just had the pleasure of removing the Catalytic Converter from my 2009 CVO SERG.  I thought some of you may find it useful to have the steps documented. 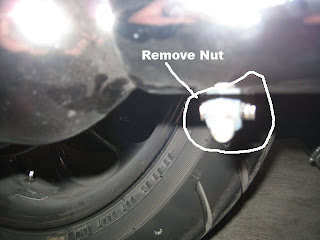 The next step is to remove the two rear nuts that mount the back of the muffler.  This is all that is holding it on.  You then can twist and slide it off.  Be careful not to drop or scratch it. 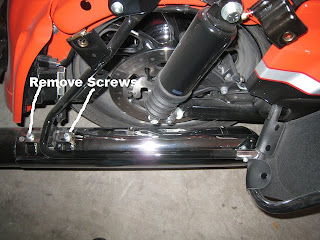 After getting the pipe off you can look into the main header and see the Catalytic Converter.  The screen door looking thing inside of the exhaust.  Talk about restrictive! 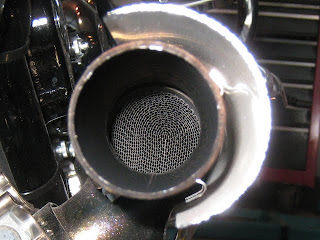 The next step requires a 1.6" coring drill bit that is 14" long.  You can get one of these form McGillis Warehouse for $25 + shipping.

This bit is designed for drilling concrete and has a 5/8" UNC shaft for accepting a chuck.  This is a lot bigger than anything I own, so I purchased a 5/8" rod with UNC threads from Home Depot.  I cut it to a more reasonable length and mounted it to the bit with a nut and lock washer.  I ground down the end sticking out of the bit to get it to fit my 3/4" drill chuck. 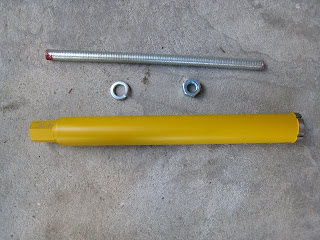 This pic is the the starting point where the bit just touches the converter. 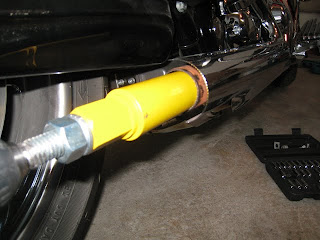 The converter is made of hard material and does not want to come out.  Take your time and drill with a constant pressure (not too much) on the drill.  I found that removing the bit form time to time and adding oil made the job easier.  You need a good drill for this step.  It needs to maintain torque as you apply pressure.  You do not need to drill fast.  Slow and easy...

This pic is the ending point when I just broke through the core.  The core is about 7" long.  When you get about to the end slow down and be careful.  When you go through you could damage the header.  It will break free quick. 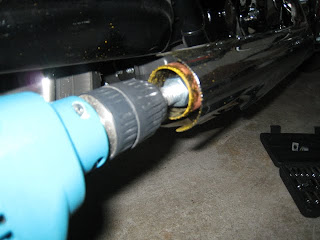 After you get though stop the drill and then push forward slightly.  This will help push the core back into the bit.  Then slowly back the drill out of the pipe.  You don't want the core to drop into the header.  It would be hard to get out without removing the header from the bike. 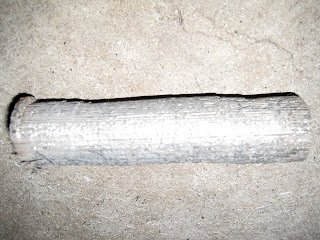 Another pic of the core standing on its end... 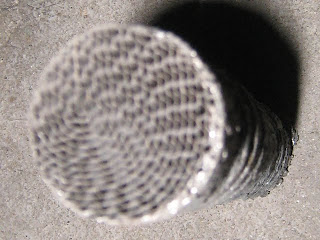 Here's the final pic down the pipe after the converter has been removed.  Most, but not all of it is removed.  There is a small portion remaining; however, it significantly opens up pipe and allows the exhaust to exit unrestricted.  It's important to note here that the timing of the bike is set so the exhaust exits one cylinder and then the other.  They do not fire at the same time.  There's more than enough of an opening to let the exhaust flow out evenly. 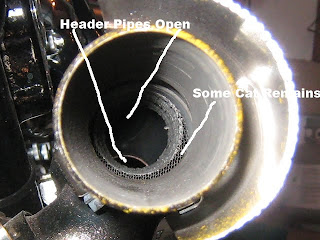 Here's a video of the exhaust note difference from with the cat to without. I still have the stock muffler/pipes, so the sound difference isn't dramatic. However, it is improved.

I've also noticed that the bike is running cooler, that it is more responsive and the power curve is more linear.